A married woman has died in Catholic priest’s house after she terribly lied to her husband she was attending a funeral service of her close relative in a nearby city.

The man narrated how his wife was mourning the death of the relative while still in the house and he even gave her some money to facilitate her transportation.

“I was so sad when she kept crying in the house, so i released her to go and gave her some transportation money, when i heard of her death i was really devastated. I wonder why i deserved all these.” The husband narrated.

The husband said that however the  woman was a member of the Catholic Women’s league from St Maurice Catholic Church in Lusaka.

“She is a catholic church member and has never missed and church service, so i’m trying to understand why she kept going to the church.” The husband said

According to 9ja Live Times, Father Abel Mwelwa invited the woman who also happens to be his lover to the parish house on the night of Holy Thursday, May 7.

Lusaka Times reported that Archbishop Alick Banda suspended the clergyman as the judicial vicar of the Archdiocese of Lusaka moments after the occurrence became public. 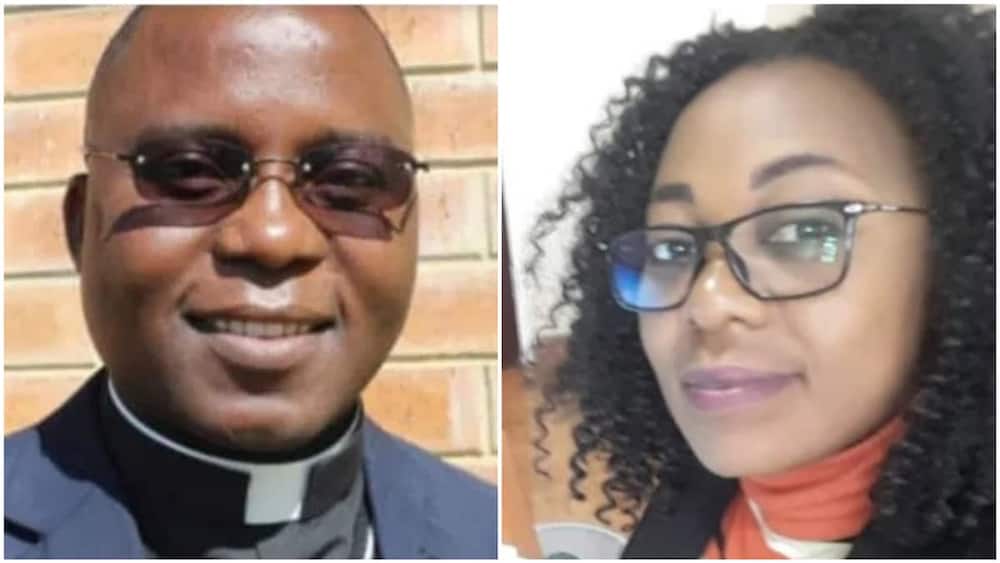 An official memo from the church also stated Father Mwelwa had ceased being the parish priest of Kaunda Square parish. “I hereby wish to inform you that I have with immediate effect suspended the Very Rev.

Ringford Abel Mwelwa from the priesthood indefinitely. With this suspension he ceases to be Parish Priest for Kaunda Square Parish as well as Judicial Vicar of the Archbishop of Lusaka,” a part of the memo read.

A source close to the media said that the clergyman was mandated to pay for the funeral expenses by the deceased’s family.

As at the time of writing this report, the autopsy result for her death was not yet ready as the woman’s family urged the police to investigate the real cause of her death.

unconfirmed source, however, said that the priest reportedly injected some substance into the deceased in an attempt to abort her pregnancy.

The wife’s husband now wants a full investigation into the matter so that he can what actually killed her wife.

“I need the police to find out how my wife died, despite what she has done she is still my wife. I need answers, that’s all.” He said

Abeny’s Side Chick To Be Cursed By Chiga Elders After Refusing To Surrender The Wealth To Village Wife
I Have Been Insulted In Media Industry Because Of My Dark Skin, Only Light Skinned Women Are Respected – Yvonne Okwara
Advertisement Enter ad code here

Abbeny Jachiga’s Side Chick Emerges, Shares Photos Having Romantic Time Together As Wife Suffers Back Home

Documents Now Confirms That Abeny Jachiga Left All His Properties For The Side Chick, Leaving Wife With Nothing

Tik Tok Queen Azziad Nasenya Claims She Is A Virgin, Sets High Demands For A Man Who Wants To Warm Her Bed

VIDEO: Abeny Jachiga’s Mother, Monica Auma At The Grave Of His Son Begging Mourners Not To Exhume The Body

Kwamboka Refuses DNA Tests, Insists Maraga Impregnated Her And Is The Father Of Their Kid