Kenya’a controversial singer Esther Akoth aka Akothee has disclosed to the public that when she got married to her first husband and father of her three daughters, she knew nothing about sex.

In her TBT picture she shared showing how deeply they were in love, the mother of five said that at the time, all she knew about sex was only showing up in bed and that was all. 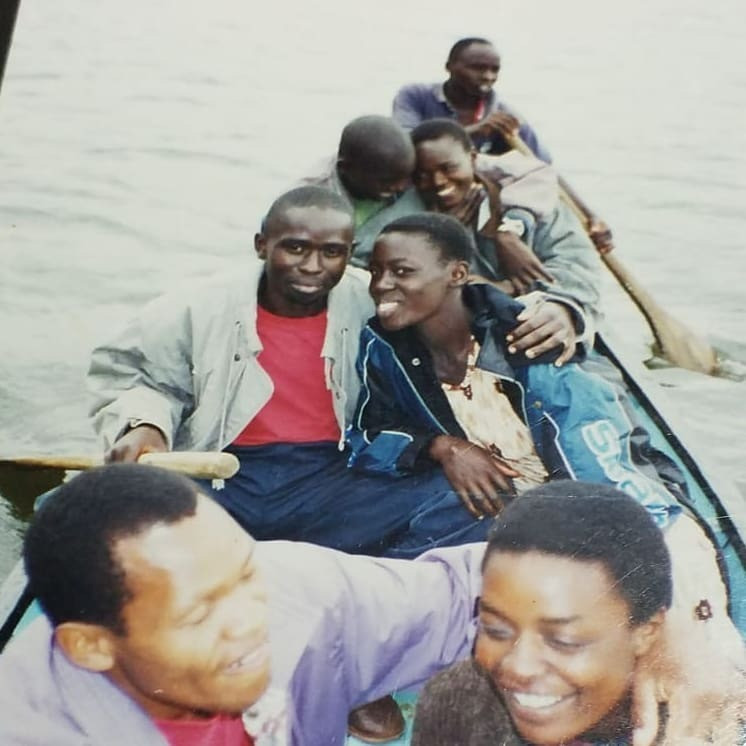 Akothee mentioned that she came to learn about sex in 2010 and if her ex-husband known as Jared would try her now, he might need medical help.

Madam Boss then joked that he feels like showing the ex-husband how much he has grown, and learnt sexually after they parted ways, as she asked God to bless him and his family.

“I just don’t know why this love ended 😂😂 see romance shaa , just imagine I dint even have any idea of Sex ,I was just showing up in bed 😂😂😂, I discovered Sex in 2010😂😂😂, Jared should try me now haki 😂😂, The ambulance should be packing downstairs , a patient will be visiting the doctors and that patient is not me 😂😂😂.

I really feel like I should show him my new styles and the things I learnt on earth after I left 😂😂I have advanced 😂😂😂😂😂😂😂😂😂😂🏃🏃🏃🏃 God bless you and your family Jakamagambo Sani Atwera proper, jogi kiaya 😂😂😂” wrote Akothee.

Akothee has in the past opened up to her fans saying that she got married to Jared while she was a teenager through a church wedding. At the time, the father to her three daughters was a university student but after some years, they parted ways.

Abbeny Jachiga’s Side Chick Emerges, Shares Photos Having Romantic Time Together As Wife Suffers Back Home

Documents Now Confirms That Abeny Jachiga Left All His Properties For The Side Chick, Leaving Wife With Nothing

Tik Tok Queen Azziad Nasenya Claims She Is A Virgin, Sets High Demands For A Man Who Wants To Warm Her Bed

VIDEO: Abeny Jachiga’s Mother, Monica Auma At The Grave Of His Son Begging Mourners Not To Exhume The Body

Kwamboka Refuses DNA Tests, Insists Maraga Impregnated Her And Is The Father Of Their Kid