Ex K24 News Anchor Betty Kyallo has responded to Kenyans on social media dissing her regarding her recent love to Dennis Okari.

Betty said that there is no need of people pocking their noses in people’s business and everyone should learn to keep off people’s relationship.

“So what if i want Okari back? Why can’t Kenyans mind their own business? Seems we have a lot of idle people around?” She posed

While talking to the local blog, Betty said that she wonders why people are too much on her life more than anything else.

“Why only me?  Why do people keep talking about my relationship and my private issues? Don’t we have other women they can talk about.?” Betty said 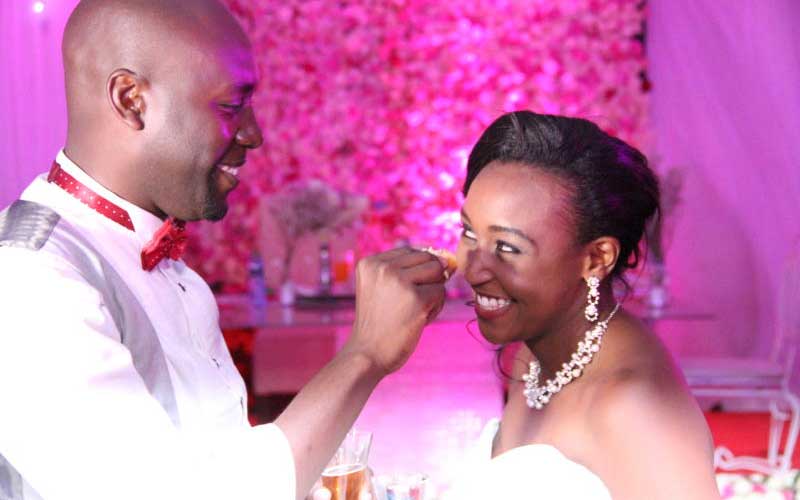 Okari claimed that ever since Betty was fired and has ventured into Youtube business, she has always been nice to him and even made efforts to clear up everything and reunite him with the daughter.

“Betty has been so nice she was fired, i can’t really explain the reason for that but she has tremendously changed. She even gave me an opportunity to reunite with my daughter.”

Dennis said that though Betty has been so nice to her, she is unable to take her back since he is happy married to a lovely wife. 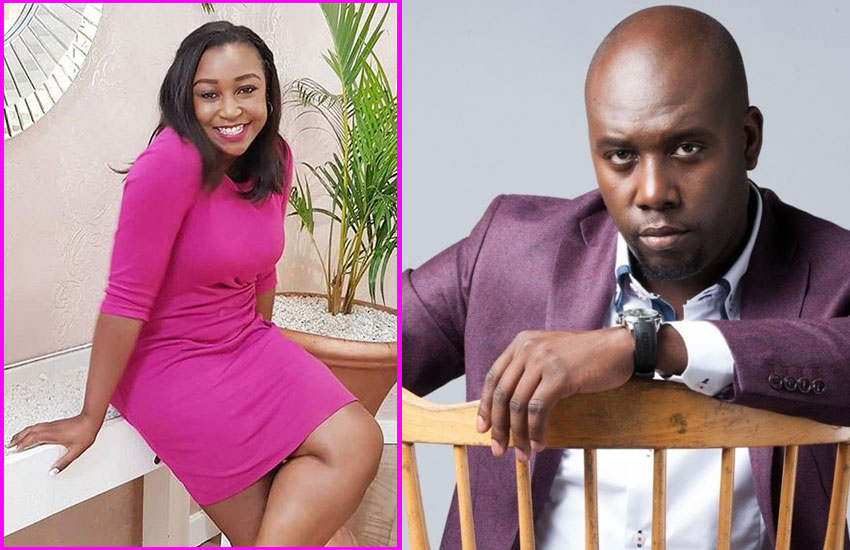 “There is no possibly of us reuniting together, everyone knows that i have a lovely wife who i love so much. But for Ivanna i will continue loving and supporting her.” He said

Since Betty was fired from K24, She has always heaped praises to her her ex-husband, NTV news anchor Dennis Okari, saying he is a wonderful father.

The two seem to have patched up things and resolved to co-parent amicably, six months after NTV news anchor Ken Mijungu accused Kyallo of portraying Okari as an irresponsible father.

She revealed the latest development on an interview on YouTube with comedian and radio presenter Jalang’o.

She revealed that the two have since mended fences and are now on speaking terms as they focus on the most important person in their lives: their daughter Ivanna.

“Right now I’ve grown so much…the person who used to be Betty two or three years ago is not the same person I am today. There are things that we came to realize are very important about our lives; that it’s not just always about us as adults,” she said.

According to Kyallo, they are all including Okari’s current wife Naomi Joy, their family are in very good terms.

“So, yes, we are on very good terms with both him and his family and his wife…and we’re making sure that Ivanna is getting the love that she deserves; daddy and mummy’s love. It is so important to nurture that relationship between a dad and his little girl,” she added.

She said that Okari and his daughter have reconnected and now are besties.

“Right now they’re besties. I call her and she’s like ‘I’m with Daddy,’ and I feel good. That’s exactly how it’s supposed to be. He’s doing an amazing job and we’re co-parenting,” she said.

The ‘Flair by Betty’ boss and Okari differences came to the limelight in December when she took to social media and detailed her daughter’s long ailment and elected to thank several people including her colleagues, doctors, her daughter’s teachers, and friends for helping her out during the troubling times, but not her ex-husband.

Her narration stirred mixed reactions and it was Okari’s exclusion that particularly irked his close friend and fellow NTV anchor Mijungu. He said he had driven Okari to the hospital even on the day his daughter was admitted.

Last month, Kyallo was put on the spot by her social media followers after she uploaded a video on her YouTube channel in which she said her daughter, Ivanna, was preparing to go hang out with her father, Okari.

But Okari was also spotted in Ivanna’s birthday, something that was unusual and unexpected.

On the Father’s Day he joined his ex-wife Betty Kyallo to celebrate the sixth birthday of their daughter, Ivanna.

The memorable occasion was captured on film and uploaded on Betty’s YouTube channel, Betty Kyallo Lately.