Kapseret MP Oscar Sudi has called out Interior and Coordination of National Government Cabinet Secretary Dr. Fred Matiang’i after two people were arrested for allegedly publishing fake news about him.

In a post on Facebook, the legislator said that CS Matiang’i should have come out to deny the claims made by the two individuals.

Sudi went on to say that he has been a victim of the fake news countless times, but he has never complained or died because of it. 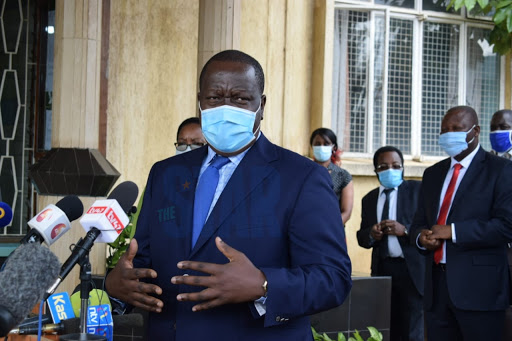 He added that the two young men who were arrested in Eldoret are people who are struggling because of joblessness, as he called for their immediate release.

“I want to ask Matiang’i, you are always known as a darling to the Press, you are so good in chest thumping on cameras, was it hard for you to come out and deny that you are not sick? Why should you arrest the two young men Isaac Kibet and the disabled Emmanuel Kimutai? Some of us have gone through hell when it comes to FAKE news, we have never complained nor died because of it. Are you an angel not to tolerate fake news? You are so STUPID.

The two young men were struggling to survive in an environment where you are and your bosses have plundered our economy to a level there are no jobs. They are innocent jobless youth. Release the two young men immediately. Hii inchi sio yako,” Sudi Posted In His Social Media Account

Chiloba: Kenyans Should Help Me Meet Raila And Explain Everything, Even My Maize Business Is Not Doing Well
Raila’s Team Reconsidering Handshake Deal Should Uhuru’s Revenue Sharing Deal Sail Through
Advertisement