Beatrice Andega Afwai, the wife of deceased legendary actor Charles Bukeko on Sunday shared the untold story of her union with the man behind the Papa Shirandula hype.

Beatrice was interviewed on Churchil Show where her husband was supposed to feature on the very week he passed on.

She recalled meeting Charles in 2004 through mutual friends in the church. 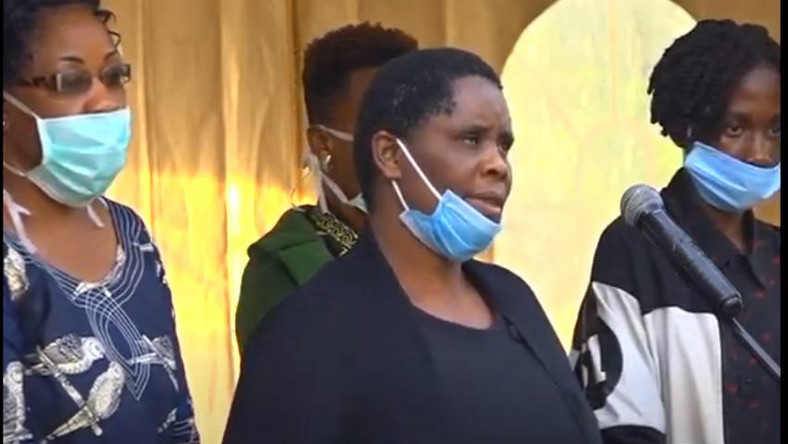 “We met in 2004 through friends and through pastors because we used to meet in the church. We started talking and then one day he came through the pastor who talked to us and we started the relationship. He took me to Busia and I met his family. He was very serious because he said he wanted a family soon,” Beatrice recalled.

She added that after a while, the two settled and started a family. Unfortunately, the couple’s child bearing process was hit by several miscarriages before their first child was born in 2006.

Beatrice narrated that they were struggling financially as Charles, at the time, was a relatively unknown thespian with no permanent flow of income – adding that she would occasionally support her husband’s hustle with the little money she had.

“When I met him, he did not have stability of life. He was struggling as a hustler, living in a small house in Uhuru estate and walking to the theater where he would sometimes make small money in a play. Sometimes I would support him financially when he wanted to make his own play. I wanted to encourage him because that’s where his interest was even though I personally was not interested,” the mother of three stated.

Things changed when the actor landed a role in a movie and during its screening Royal Media Services CEO Wachira Waruru was in attendance.

Waruru later reached out to Charles and the idea of a TV show was born with Papa Shirandula becoming an instant household name.

Papa’s wife said the actor choice of name was inspired by a relative who motivated him to do things with perfection from the luhya word khulandula.